What does “Brand” even mean?

Originally a brand was a reference to a symbol found upon the skin of an animal, the word itself derived from the Germanic word for ‘burn’.  Branding a symbol onto an animal has been practised for more than 5000 years, and was used to mark livestock to identifying who the animal belonged to and which farm.

Branded animals were also a useful way to build reputation of the quality of meat or produce from each farmer whether it good or bad. However branding isn’t always directly burning the skin, in the USA famers choose to brand their livestock with ear markings as this made it easier to identify the cattle during the summer when the cattle would be covered with dust, or when the hair grew long hair during the winter.

Comparing traditional branding with a modern day branding the concept behind it all is still the same. It is the foundation to design a logo so that a product can be easily acknowledged and digested by the public. It’s through the experience in using brands that make a marking recognisable as either good or bad.

Branding became more complex around the medieval era. First used by crusaders in 1095, heraldic marks helped crusaders to recognise one another in battle. Heraldic marks (also known as coats of arms or crests) later were transferred onto knights armour during tournaments. The crest of the family he fort for would illustrate the reputation of the family and would have been used to intimidate his foes. It was down to Heralds a medieval graphic designer) to make sure no two Coats of Arms were the same.

The symbols they designed would resemble the importance of the family, or what the family was best known whether it be rich, noble, brutal or even thieves sometimes ended up being part of the crests.  These crests and their reputations would be carried down the family for years. Some family crests have even been adopted by towns or regions and sometimes become trademarks of companies such as Alfa Romeo and Porsche. 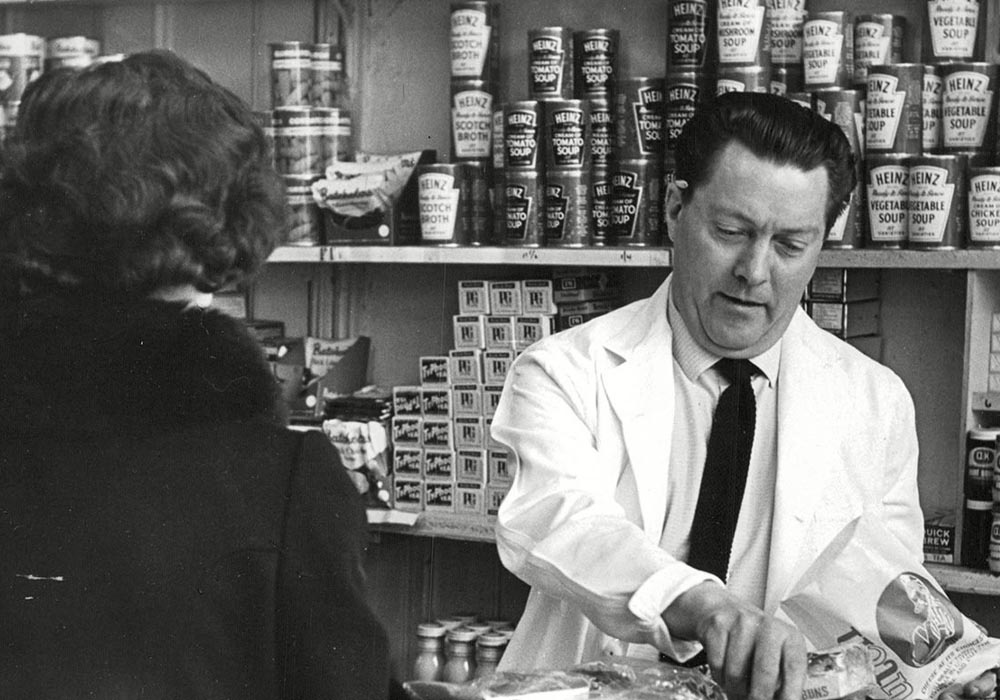 Branding in the 20th century

The term ‘brand’ or ‘branding’ changed over time, more so during the 20th century. The shift from the simple product such as soap, bread and rice to branded product wasn’t sudden or inevitable. After the industrial revolution, products were able to be mass-produced, and with that, the competition within the market increased forcing companies to resort to branding their goods. Shortly after began commercial advertising, promotions and publicity.

However, it has only been in the past 30 year retailers have invested in proper marketing departments. During the early 1990’s product quality was also pushed with the build for a ‘real brand’. Companies wanted to start selling better quality and over all better branded products that not only improved profit margins but also the reputation of the business as a whole.

This is not just a brand…

The UK is thought to have first set the standard for the ‘real brands’ with retailers such as Tesco, Waitrose’s and M&S carrying better brand loyalty than some of the manufactured brands they sell.  As a result the ‘own’ label is thought to have 50% of the market share in the UK in the food and household category. Europe’s private labels in the supermarket category closely follow between 20% and 30% while the USA had lagged behind until Wal-Marts most recent rebranding.

It is clear that branding had a big impact on how well a company succeeds and neglecting brand marketing could be a fatal error in any business. Since the market is bombarded with brands it seems wise to research the target market and develop suitable packaging, products and pricing is key. Falling short in any aspect of branding could be a fatal error for any business.

If you’re looking for advice, guidance or branding services, send us an email at liz@loonarcreative.com

This website uses cookies to improve your experience while you navigate through the website. Out of these, the cookies that are categorized as necessary are stored on your browser as they are essential for the working of basic functionalities of the website. We also use third-party cookies that help us analyze and understand how you use this website. These cookies will be stored in your browser only with your consent. You also have the option to opt-out of these cookies. But opting out of some of these cookies may affect your browsing experience.
Necessary Always Enabled
Necessary cookies are absolutely essential for the website to function properly. These cookies ensure basic functionalities and security features of the website, anonymously.
Functional
Functional cookies help to perform certain functionalities like sharing the content of the website on social media platforms, collect feedbacks, and other third-party features.
Performance
Performance cookies are used to understand and analyze the key performance indexes of the website which helps in delivering a better user experience for the visitors.
Analytics
Analytical cookies are used to understand how visitors interact with the website. These cookies help provide information on metrics the number of visitors, bounce rate, traffic source, etc.
Advertisement
Advertisement cookies are used to provide visitors with relevant ads and marketing campaigns. These cookies track visitors across websites and collect information to provide customized ads.
Others
Other uncategorized cookies are those that are being analyzed and have not been classified into a category as yet.
SAVE & ACCEPT